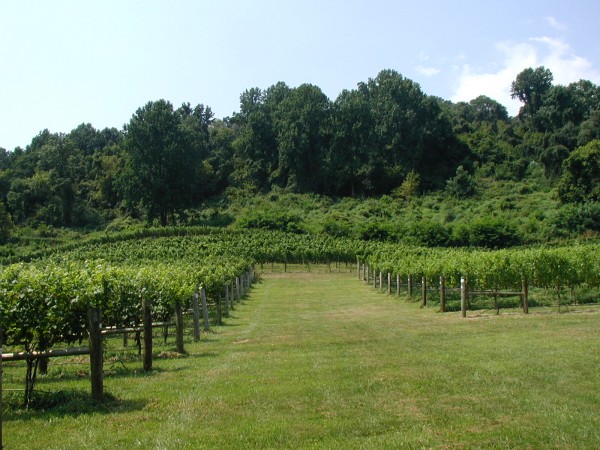 Dating from the mid-18th century, Toll Gate Farm derives its name from a toll station along the old Richmond Road (now Ben Venue Road). The oldest part is the log cabin that is visible today. It was the kitchen cabin dating to 1750. The original main cabin burned down and was replaced with a log/stone house before a Maryland family bought the property in 1807. In the mid-1970s, the two cabins were connected by an addition, forming the house that stands today.
Toll Gate Farm has witnessed its share of history. General Robert E. Lee and his Confederate troops withdrew from Gettysburg along Richmond Road. And Toll Gate Farm was a popular stop as a speakeasy during prohibition when corn was more profitable as moonshine than as cattle or human food.
Finally, it became part of Virginia’s burgeoning wine industry in 2000 when Bill Freitag and Patty Hardee acquired the farm and planted their first grapes. We now have a total of six acres in vines. We grow four varieties of vinifera grapes: Viognier, Cabernet Franc, Petit Verdot, and Pinot Grigio. We supply high quality wine grapes to many of the wineries in northern Virginia.