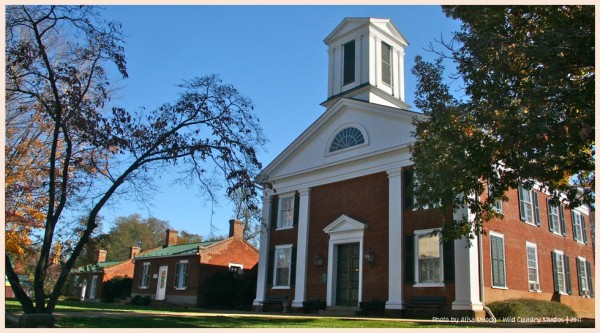 We invite you to visit this historic landmark fondly known as Little Washington, a tiny village in the foothills of the Blue Ridge Mountains where quality trumps quantity and dining and lodging establishments, shops and businesses win one award after another for excellence. It is considered by those who were born here, and those who settled later, a paradise in which to live, work and play.

Where else can you find in a five-block by two-block area the world's best hotel restaurant, the Five Diamond/Five Star Inn at Little Washington), a Four Diamond Bed & Breakfast (Middleton Inn), one of the top 50 shops in the South voted so by Southern Living Magazine (R.H. Ballard Art, Rug & Home), a cycling/culinary tour chosen the Number One Bicycle Tour for Foodies in the World by National Geographic (Tour d'Epicure), a theatre featuring world-renowned musicians (The Theatre at Washington, Virginia) and a town that still has the same five-block by two-block grid it did when George Washington surveyed and laid it out some 260 years ago.